Horror films are a part of our film culture that you may love, appreciate, or are lastly, avoided at all costs. I sit on the line of appreciation, for reasons such as the commitment to the variety of costume, sets, imagery and influences that can be seen in horror or horror inspired films. Although I am not too familiar and knowledgeable of the genre, I do have a fascination with the stories we tell about our experiences with horror films, the emotional responses they give to us, their popularity and altogether I do hope to grow fonder of and experience more horror films.

Seeing something shocking on screen instantaneously sticks to our memory, and whether we want to remember or it or not, sometimes there is always going to be reminders that can trigger the set of events that we have witnessed. With the experiences that strike us the most, we are always going to remember where we were or who we were with when we saw something that made us want to go back in time by at least 5 seconds and get up and walk away from the scene. But in fact, for some, this is what can draw you in even more. As some may hold nothing but regret and fear for what they have witnessed on screen, there are some who there is a thrill nothing else like it. As well, even if you cannot bear to look at the screen, horror films can be so captivating that you cannot bear to look away at the screen for another fear that you may miss something, or you may be too engrossed to even shut down and remove yourself from the situation. From reasons as such, horror is a genre that captivates so many different demographics throughout the world and can be experienced with a variety of viewers in a cinema, or with family and friends. Just make sure there is no one around you who could be potentially traumatised, and although there can be a lot of horror in our world, luckily most horror films are fictional but there are those that are based on true events, which can be frightening to remember.

Growing up, the scariest films I came close to were: Scooby-Doo and the Ghoul School, Scooby-Doo on Zombie Island, and Scooby-Doo and the Witch’s Ghost. These were seriously scary, and in fact, I am sure that I could even fear them still today. But, what I remember is being so engrossed in these films that I could not look away. And even though I was horrified, I needed to see the events that were unfolding. If you were to ask anyone else what horror films they would consider culturally, historically, or aesthetically significant they might be on a different scale from me, but for me here, it is these Scooby-Doo films. They can be credited as to what probably developed my slight fascination with horror films as they are what I always look back to and remember. Once, I did catch a glimpse of the first Resident Evilfilm on TV when I was younger, which did give me a nightmare, but I have had my moment of character development. 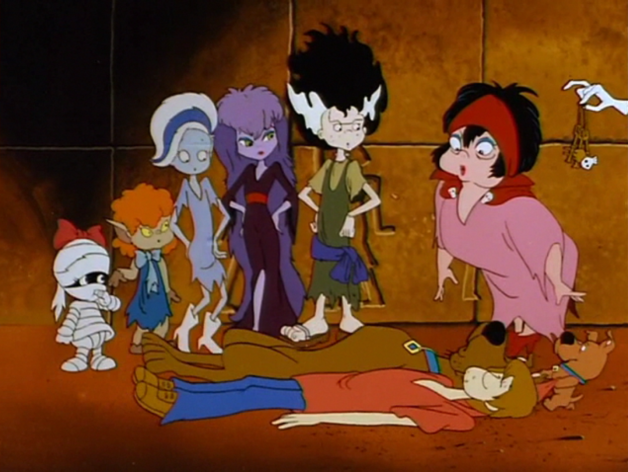 Scooby-Doo and the Ghoul School 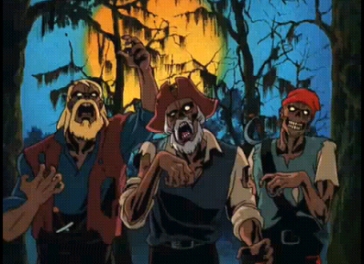 Scooby-Doo and the Witch’s Ghost

Since then, although it can still be daring to try experience any new horror film due to the fear of the unknown and not being in control of what is happening, the films that have stuck with me are: Suspiria(1977), Alien(1979), Jennifer’s Body(2011), Possession(1981), The Witch(2015) and a film that is tainted because of its director, Rosemary’s Baby(1968). These films are primarily female-centric, and contain elements of mystery or fantasy, which are characteristics that draw me in the most in oppose to shock factor, graphic imagery and traditional horror tropes, even though these can be hard to escape. SuspiriaI fell in love with due to the use of colour and lighting that is used throughout the film, creating a nightmare state as that is what the film becomes for the students of the dance school due to the sinister happenings that occur in the school that they become implemented in. Suspiriais a film that allowed me to keep thinking and guessing, furthermore reflecting on what was happening. The repetition of music throughout the film is what I equally grew so fond of, it was always in the right place for the right amount of time and created an unmatched atmosphere. Horror films often create wildly realistic, delicate and capturing sets that are truly committed to the environments that they are in. They are a key feature in making sure that what you are seeing is so real for the characters on screen as the sets do not stray from their purpose, and are often aided by costume. The same applies here for The Witch, especially as it is a period piece focusing on a supernatural interference with a devoted religious family. In horror, authenticity plays more of a key role than ever.

Still Image from The Witch

All the films I mentioned above utilise suspense and are excellent at what they do. They can make your heart and mind race and provide you with something to discuss and can leave ever lasting impressions. What I am fond of is the use of suspense in horror films. You can never be quite too sure of what might be coming next, and you feel scattered all over the place due to the heightened senses. It is an experience that does provide a kick, and whether you do end up hating it or not, it does become an experience you can hold on to because of the thrill and how a film can capture these moments. And whilst the films I have mentioned are all parts of western cinema, I am keen to learn more about and experience horror films from different world cinemas.

Whether you prefer more of a mystery with thrills and strange occurrences, or prefer slashers that makes you jump, scream and yell, horror films come in different arrays of content, style and form that cater to many of our likes and dislikes. If you have the heart for it, there will be something in the world of horror that you can grow to love or appreciate on your own terms. Horror does not one set standard and there can be many surprises that await.

gaining Exp. as a writer by doing my best to stay in touch enough with film, television and video games, all of which I am very fond of. Lover of cats and starry, moon filled skies. View all posts by Ben Webster